THE TALMUD – AN OCCULTIST INTRODUCTION 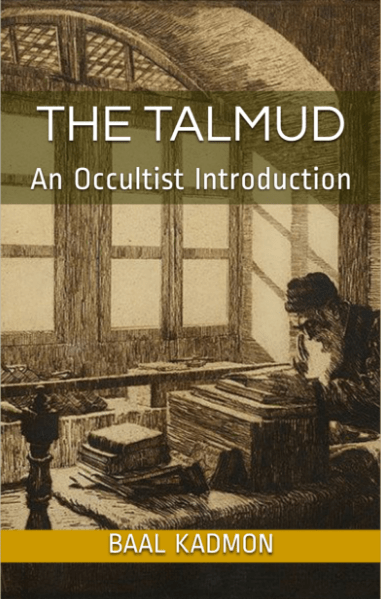 The Talmud is by far the most important set of books in the Jewish faith aside from the Torah or the first five books of the Old Testament. In many ways, the Talmud may even surpass that in importance. I say this because if the Talmud did not exist, the laws that are written in the Torah would not make any sense. So in this way, it is like Jewish Canon law. Just like Catholic Canon law explains biblical texts of the bible, so too does the Talmud. It does not only explain laws, but it goes into great depth on many other topics as well.

Although this book will serve as a general introduction, I am gearing this book more towards those in the occult. I do this because of several requests I have received to do so. Most books on the Talmud are written with an implied understanding that the reader is either Jewish or has some knowledge of Hebrew/Aramaic, even if rudimentary. I find this to be exclusionary to everyone else, especially the occultist. I also gear this book towards occultists because the Talmud itself has many instances of Magick that I feel are quite interesting.

Although there will be no rituals at the end of the book, I think, as an occultist, you will gain a greater understanding of these texts. Knowledge is the name of the game.

In this book, I will cover the following:

My Experience With the Talmud

The History and Makeup of the Talmud

The Context in Which it Was Written and Compiled

The Language Used In the Talmud. It’s not Hebrew.

The Mention of Jesus In the Talmud

The Talmud’s Views on Non-Jewish People

Overt Magick In the Talmud

Miscellaneous oddities of the Talmud.

I hope you will enjoy it